Your integrated solution for
managing and protecting your wealth

Here Is Why You Need Integrated Wealth Systems

In these uncertain times of massive economic contraction, what do you do?

What do you do when facing an unprecedented crisis that impacts the very fabric of how most of us are used to making money?

The answer to that and many more questions like it to help you navigate and actually thrive in a completely uncertain economy.

Now, more than ever before, you must lead the conversation about your wealth and not simply trust others to act in your best interest.

What is your plan? Do you even have a plan? 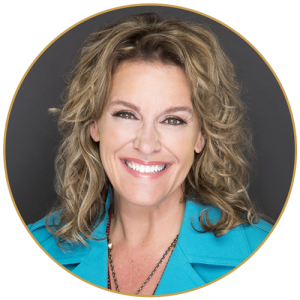 As Presented by Loral Langemeier

Loral Langemeier is a money expert, sought after speaker, entrepreneurial thought leader, and best-selling author of five books who is on a relentless mission to change the conversation about money and empower people around the world to become millionaires.

As CEO of Live out Loud, Inc., Loral Langemeier’s life purpose is to launch successfully fulfilled entrepreneur millionaires who run businesses that make a difference in the world. Loral herself became a millionaire as a single mother at the age of 34 years old, and believes that financial success is available to everyone. Loral has been involved in multiple areas of finance, including mentoring & coaching, real estate investment, business acquisition & development, and gas & oil since 1996.

Growing up on her family’s farm in Nebraska, Loral learned the value of hard work, persistence and how to get things done even in the face of much opposition and criticism. With a reputation for being straight forward and direct in her opinion, Loral is a highly sought after as an international motivational speaker. Loral graduated from Wesleyan University of Nebraska with a Bachelor’s degree in Business Administration and Finance, followed by a Master’s degree in Exercise Physiology from the University of Nebraska at Omaha. Following University she set up 270 fitness centers on off shore rigs practicing one of her number one tools she teaches today: How to Combine Skill Sets in Multiple Industries for Profitability.

With a 54% audience following of men, Five Time New York Times Bestselling Author, Loral Langemeier says that women business owners are the going to change the face of this country. She advocates for women in learning strategies that will make their own hard earnings grow in smart investments that have been previously accessible only to the Boys Club.

Loral is a frequent guest on business finance for networks such as CNN, CNBC, The Street TV, INC., Fox News Channel, as well as Dr. Phil and the View. Her commitment to financial literacy is as important as her work. Her multinational wealth coaching company offers discounted education to United States Veterans.

Here Is What You Get When You Get Started Today...

Visit Loral's online workshop where she teaches you how to make money, protect money, grow your money, and lead your wealth team.

Determine you personalized path forward for financial success with one of Loral's strategists on a complimentary one-on-one phone call.

The books include The Millionaire Maker, Cash Machine for Life, Put More Cash In Your Pocket, Wealth Cycle Investing, and YES! Energy.

Get additional insight and education with this companion resource for all 5 of Loral's best selling books.

The 14 Day Plan for Building, Leading and Protecting Your Business

Learn how to create a viable business with his 14 day plan that you can use to generate new cash.

Learn the Do's and Don'ts of funding your businesses as well as how to properly review and plan your cash flow from Loral in these two timely and effective videos.