5 Key Strategies to Subtle Selling Without Pushing, Pressuring or Pitching 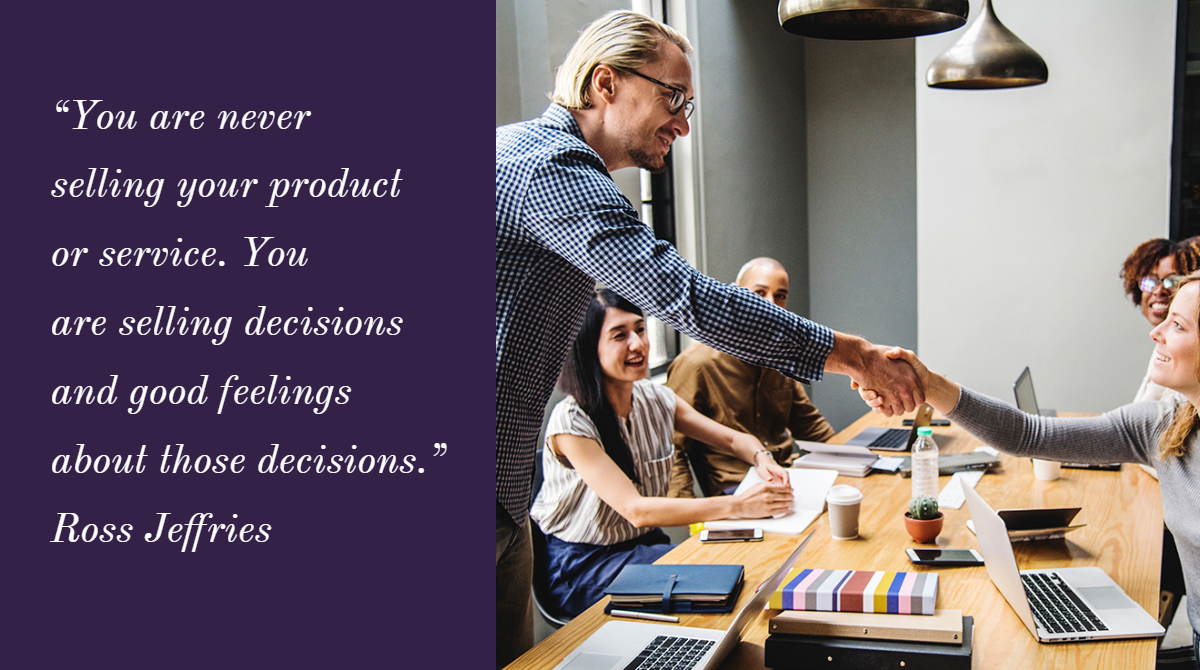 We’re going to obliterate the negative connotation associated with selling.

Selling can suck, but only if you’re going about it the wrong way. You’re asking people to “buy” into what you’re offering, even if they think they don’t even need it. It’s a—no pun intended—“hard sell” you would think, right?

The best sales strategy actually isn’t about selling a product or service. That’s the big reveal. But before you continue, we urge you to sign up for a guided Gap Analysis Strategy Session with our wealth building and sales experts—it’s completely free, and is a necessary step to determining what the gaps are in your business and financial situation, and how to fill them in order to build real wealth.

But, seriously, that’s it. You’re not selling your product or service at all. Believe it or not, you’re not even selling yourself. Truly successful selling goes far above and beyond what you may think.

Here’s the key strategies you need to focus on…

The Truth Is You’re Not Selling Products, Services, or Even Yourselves—You’re Selling Decisions and the Ideas Behind Them

In other words, you’re making it possible for someone to actually believe in the decision they want to make. They’re selling themselves. Sounds like a stretch, right? But it’s actually quite simple.

First Off, You Want to Get Rid of the “Image” That You’re a ‘Salesperson’

You’re not. You’re not peddling here at all. Get rid of the pressure thinking you have to ‘close’ or get the ‘yes’. In essence, you’re more or less a decision service technician. You’re fixing their ability (those you’re selling to) to actually believe that what you’re offering means something of tremendous value to them. That makes it a bit easier to just have a conversation, not to steer anything. Not to pitch. But just to talk about something meaningful.

So How Do I Get Someone to Believe in the Offering? You Develop Rapport.

Capture their imagination. Penetrate their emotions that’ll lead them to make the decision for themselves. In a way, these people you’ll be selling to don’t simply trust your word—they trust themselves that they can do it, too, just like you. Mindset is literally half the battle. If you can convince people that they can go hang-gliding successfully, chances are pretty good they’ll do it.

You don’t have to sell them the why they should. Just encourage them that they can.

Relationships Between You and Your Prospects Are Key

It means that when you’re having your conversation with someone about your product or service, you use ‘implied relationship words’. Always use “we” and “together.” Ask them to promise that they ask questions as well. That subliminal, unconscious NLP tactic creates in your prospects a sense that there’s a relationship with you even before you actually introduce any kind of product or service.

People, However, Will Always Have ‘Objections’, Right?

That obviously is the big turn-off of sales. People will say NO. Of course they will! That’s entirely the point.

Don’t take that NO as something completely written in stone. The automatic response is that someone will say NO because they don’t want to have to spend that money for something that they don’t see would be valuable to them.

So this is how you crush those objections…

If someone, for example, says “I need more time to think it over”, respond with, “Have you ever taken a long time to make a decision only to find that it was still the wrong one?”.

Fair point. The idea of taking “time” to make the “right” decision for yourself doesn’t change the fact that it may or may not be the right or wrong move anyway. In the end, you’ve just wasted time.

So really this isn’t about time. It’s about clarity.

That’s when you encourage them to ask the questions concerning them when they’re doubtful about making a decision right now. Clear the air. Address the root of the issue, not just on the surface.

Looking At It From That Perspective, You’ll Find That Selling Is Quite Easy

How many times have you simply had a conversation with a friend about something that you were excited about and even when there were some doubts as to what you were talking about, the simple attitude and confidence made it that much easier for them to believe that they can be excited about what you’re crazy about, too?

All you need to do is remember that you’re not selling anything—you’re communicating to somebody that they can “have this” or “do this”, just like you. When you’ve got that mindset (and they have that mindset, too), chances are extremely good that your sales close rate will skyrocket.

Want to Discuss Your Wealth Building Strategy in a Free Gap Analysis Session with Our Team of Experts?

GET MY FREE GAP ANALYSIS

Listen to the Podcast on Your Phone

Do you wonder whether you’re using all the tax, entity and wealth strategies available to you and if your investments are truly producing all they could be? Get in on the only conversation about money you need to be having with Real Money Talks.